On the back of six sellout shows, Dead Poets Live returned to the Print Room with ‘Three Ages of Yeats’, starring Barry McGovern, John Lynch and Robert Sheehan.

W. B. Yeats (1865–1939) was born a British subject in the reign of Queen Victoria and died a citizen of the Irish Republic on the eve of the Second World War. He was a poet, known to the world as the author of, among others, ‘The Second Coming’, ‘Adam’s Curse’, ‘Sailing to Byzantium’, ‘The Wild Swans at Coole’, but also a playwright, critic, folklorist, mystic, politician, the founder of a national theatre and winner of the Nobel Prize for Literature. His poetry came in on the last wave of Romanticism and survived the Modernist backwash. It remained of the moment but out of step, just as the life he lived was intimately of its age and supremely out of time, guided by a mystical (often mystifying) inner life – the intricately personal vision of history, symbol and myth that also inspired his poems – a vision that Yeats enlarged and renewed throughout his life.

Part of this process of renewal was rewriting: not only his poems but the story of his life. Yeats shed styles and convictions as he changed, leaving behind a series of contradictory selves. ‘Three Ages of Yeats’ dramatises that development in the form of three Yeatses, each played by a different actor: Early Yeats, the Republican in a velvet jacket, writing dreamy love poetry for Maud Gonne; the more direct lyric poet, Middle Yeats, writing out of heartbreak and public life; and Late Yeats, indecent, unbiddable, outfacing death with some of his most passionate, far-out verse. In these distinct phases the evening hopes to capture Yeats in triptych. 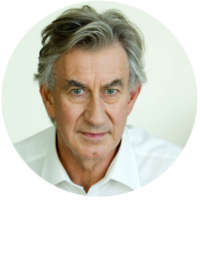 Barry McGovern is a mainstay of Dublin’s Gate Theatre, known to theatregoers as our greatest living interpreter of Samuel Beckett, in direct line to Patrick Magee and Jack MacGowran. He has performed in all Beckett’s major plays, making over 400 appearances in Waiting for Godot, besides two one-man shows, I’ll Go On and Watt, based on Beckett’s novels. He is equally celebrated beyond the Beckett stage, notably as a Shakespearean actor, but memorably in the work of Brian Friel (Faith Healer) and, recently, David Mamet (Glengarry Glen Ross).

Film appearances include The General, Felicia’s Journey and Braveheart, and for TV, among others, Citizen Lane, Aithrí/Penance, The Tudors, Miracle at Midnight, Dear Sarah and Game of Thrones. 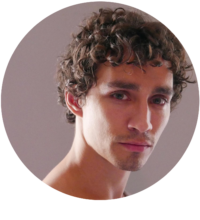 Robert made his acting debut in Aisling Walsh’s acclaimed feature film Song for A Raggy Boy. Since then, features include Ghostwood, Summer of the Flying Saucer, Season of the Witch, Cherrybomb, Killing Bono, The Mortal Instruments: City of Bones, The Road Within, Anita B, The Messenger, Moonwalkers, Jet Trash, Geostorm, Bad Samaritan, Three Summers, Mute, Mortal Engines.

On stage he has appeared at the Old Vic Theatre in the title role in The Playboy of the Western World, directed by John Crowley, and as Richard III in The Wars of the Roses, directed by Trevor Nunn. 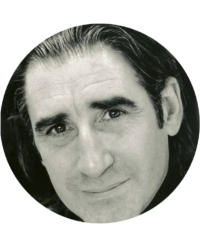 John Lynch is an actor, screenwriter and novelist who made his screen debut to great acclaim, opposite Helen Mirren in Cal, and has gone on to numerous starring roles in television and film, notably In the Name of the Father, Sliding Doors, Angel Baby, Some Mother’s Son, Best and The Secret Garden. He has managed a career on stage and screen alongside that of a screenwriter and, latterly, novelist: Torn Water was published in 2005, Falling Out of Heaven in 2010. In 1994 he starred in a film adaptation of Yeats’s one-act play about a séance, Words Upon the Window Pane. He is perhaps best-known to audiences of recent years as Assistant Chief Constable Jim Burns, opposite Gillian Anderson in hit TV-series The Fall. 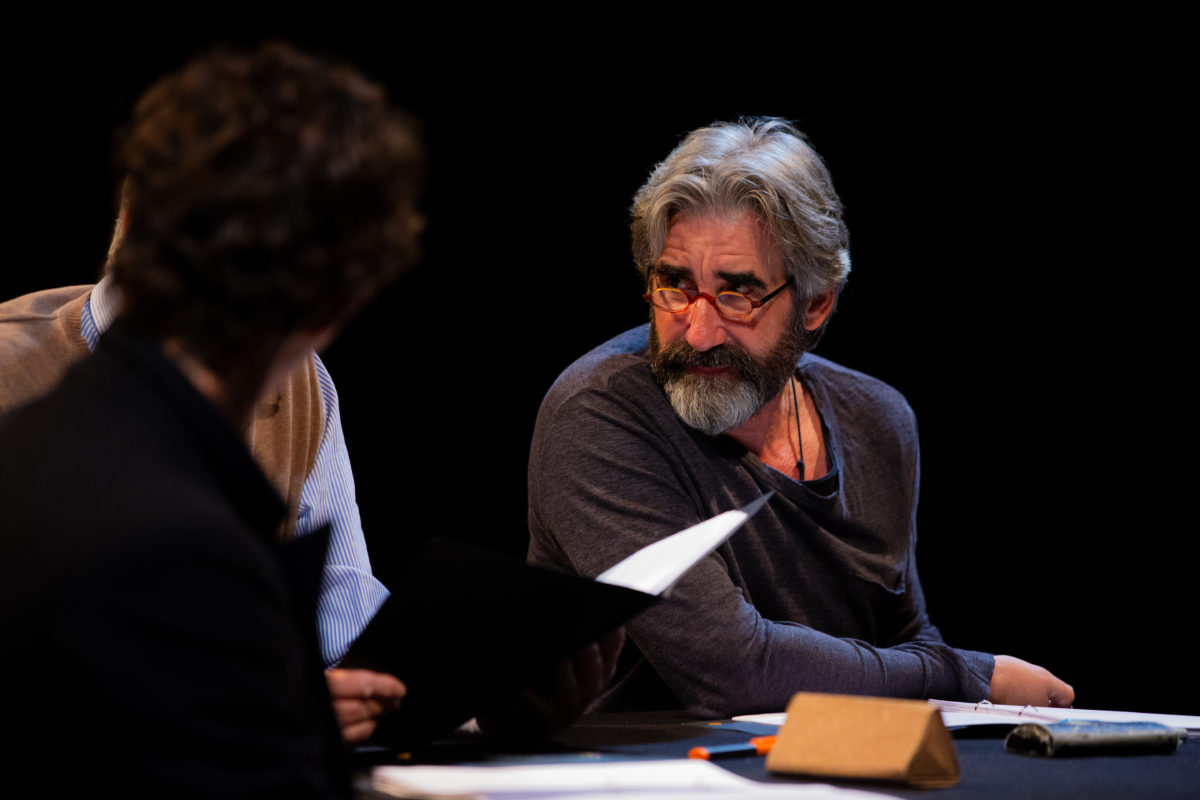 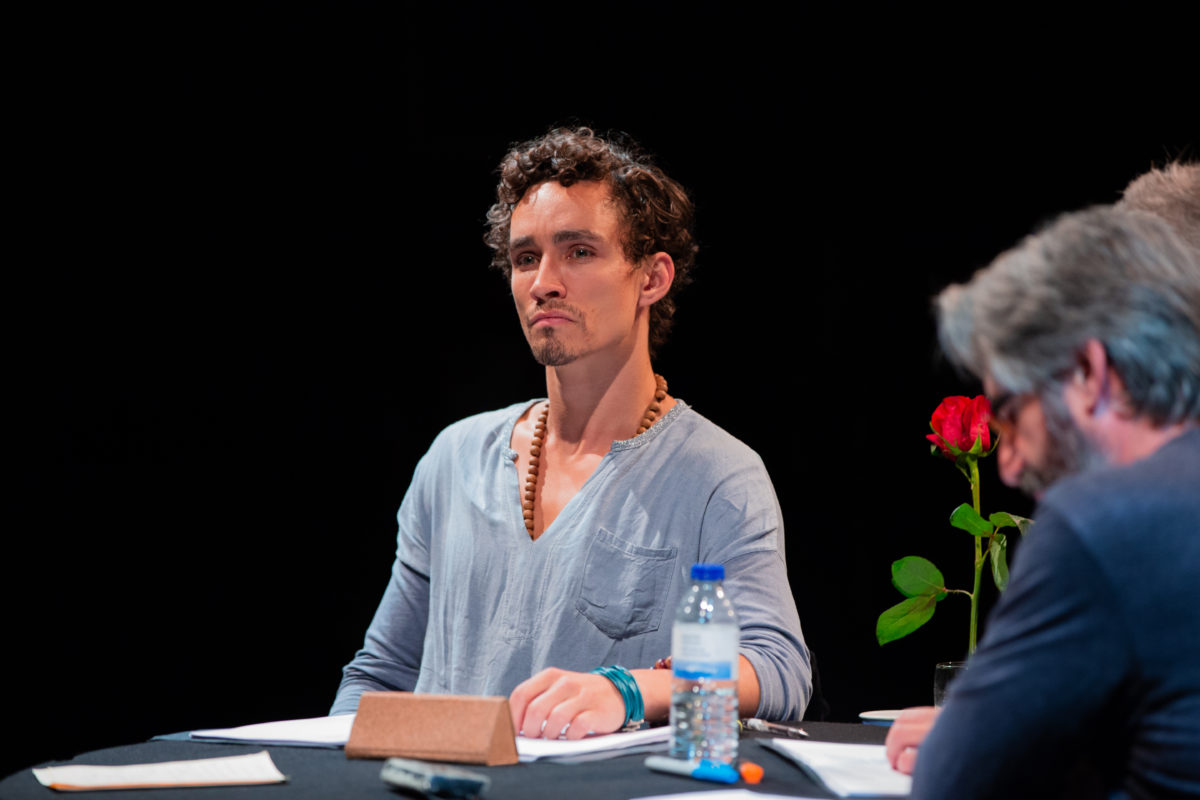 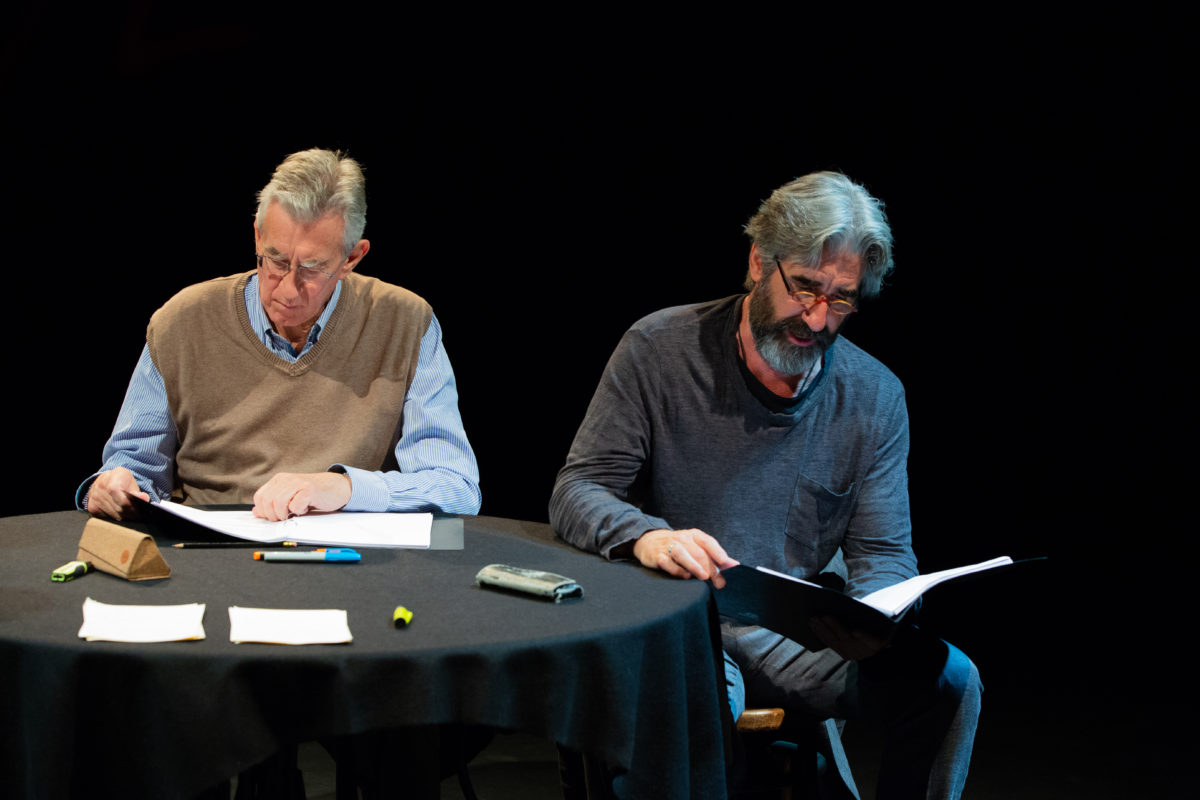 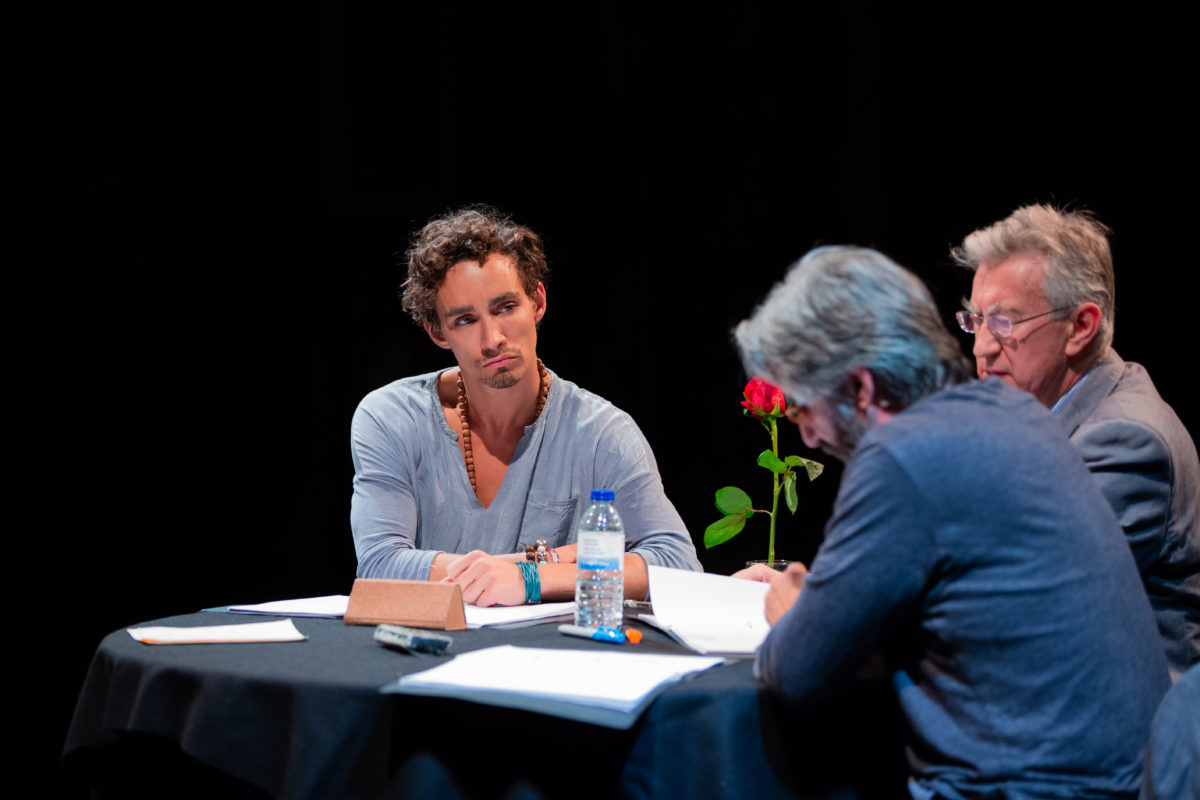 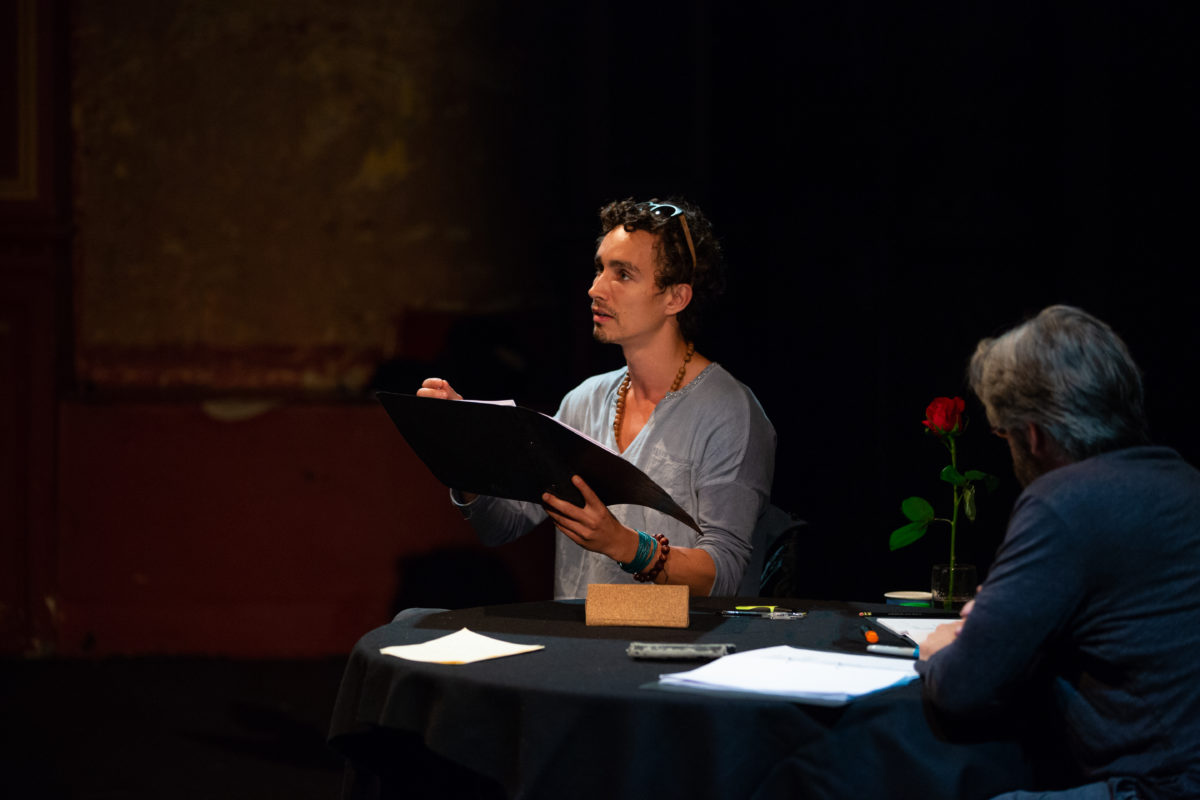 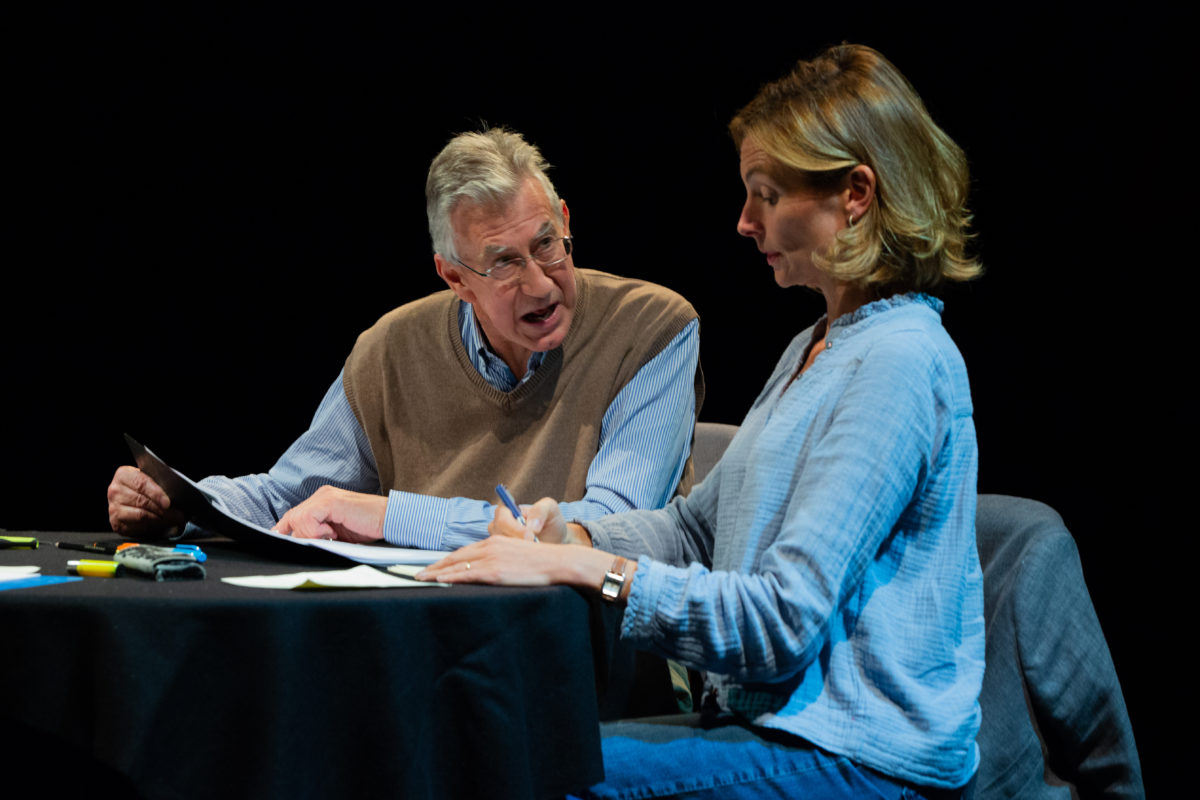 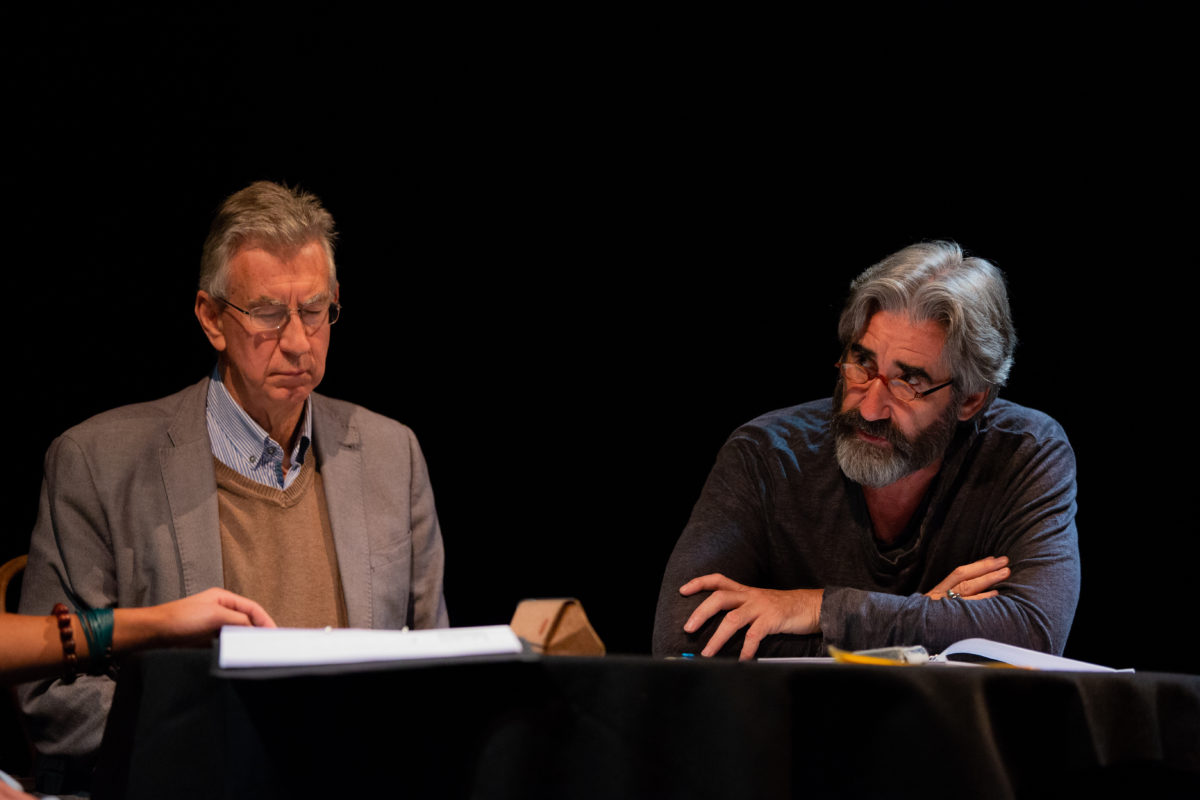 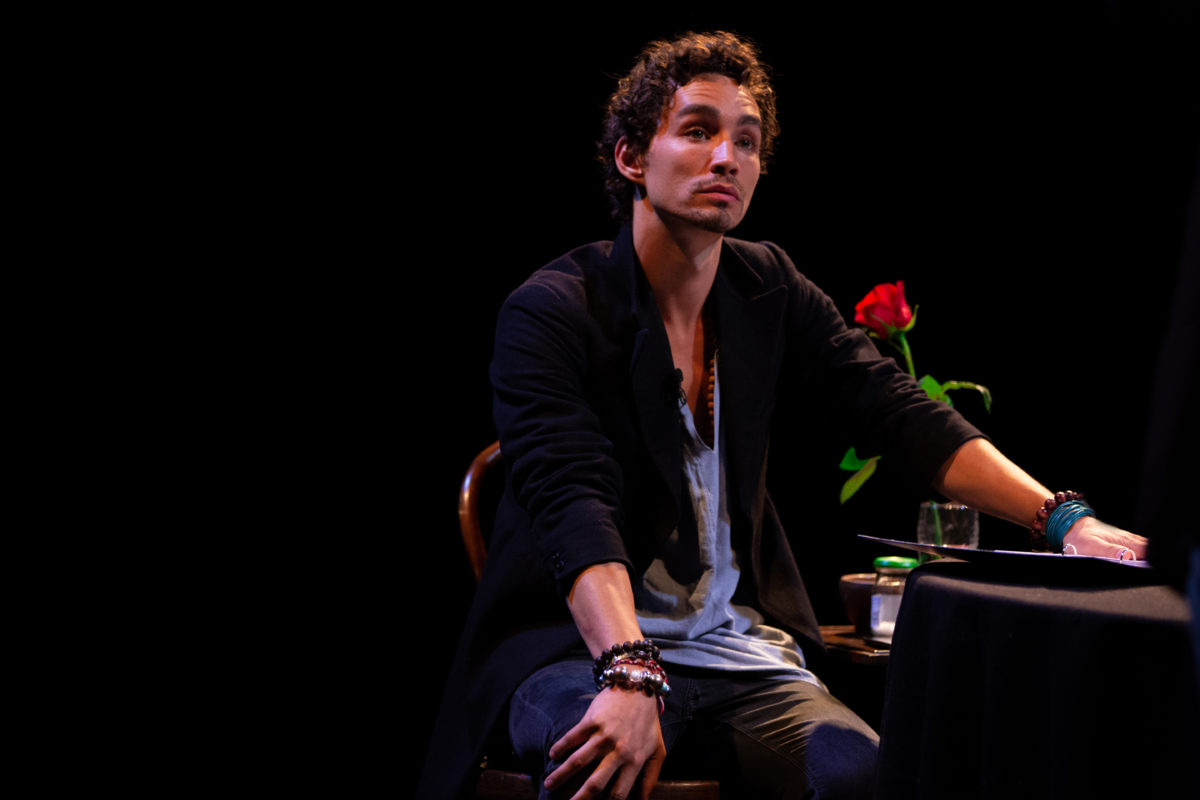 ‘The Cold Heaven’
‘The Four Ages of Man’
‘The Choice’
‘The Host of the Air’
‘The Lake Isle of Innisfree’
‘Who Goes With Fergus?’
‘The Song of Wandering Aengus’
‘To the Rose Upon the Rood of Time’
‘When You Are Old’
‘Never Give All the Heart’
‘He Wishes for Cloths of Heaven’
‘The White Birds’
from ‘Mourn – and then onward!’
‘No Second Troy’
‘Brown Penny’
‘Pale brows, still hands and dim hair’
‘The Folly of Being Comforted’
‘The Mask’
from ‘The Sorrow of Love’
‘A Coat’
‘Adam’s Curse’
‘Reconciliation’
INTERVAL
from ‘Remorse for Intemperate Speech’
‘The Fisherman’
from ‘September, 1913’
‘Easter, 1916’
‘Down by the Salley Gardens’
‘A Deep-Sworn Vow’
‘The Wild Swans at Coole’
‘Men Improve With the Years’
‘A Cradle Song’
‘The Second Coming’
from ‘Meditations in Time of Civil War’
‘Politics’
‘The Spur’
‘Sailing to Byzantium’
‘The Lamentation of the Old Pensioner’
‘The Coming of Wisdom with Time’
‘The Circus Animals’ Desertion’
from At the Hawk’s Well
‘Memory’
from ‘Under Ben Bulben’