This event was filmed and is free to watch.

Filmed at the candlelit Sam Wanamaker Playhouse, watch Olivier award-winning actress Juliet Stevenson read one of the most original poets of the 20th century, Stevie Smith.

Released to mark the 50th anniversary of Smith’s death, Juliet Stevenson (star of Dead Poets Live‘s Marianne Moore and Elizabeth Bishop show in 2019) brings the British poet to life in a new film that draws on her letters and prose, and includes Smith’s own illustrations. ‘Death, loneliness, God, and the Devil’ – is how Stevie Smith described the ‘main business’ of her life and poetry, and she faced them with the same unsparing, often hilarious honesty. Admired by Seamus Heaney, mistaken for Virginia Woolf and asked out for lunch by Sylvia Plath, her often-underestimated poems were as strange and timeless in the 1930s as they are today. Poems performed include: ‘Not Waving but Drowning’, ‘The Frog Prince’, ‘Away, Melancholy’, ‘Emily writes such a good letter’, ‘God the Eater’ and many more. This film is available on demand until 5 April. 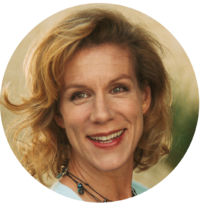 Juliet Stevenson CBE, star of Dead Poets Live’s 2019 Moore & Bishop show, is an Olivier award-winning actress known for a career of wonderful performances across theatre, film and television. Her film credits include Emma(1996), Bend It Like Beckham (2002), Mona Lisa Smile (2003), Being Julia (2004) and Truly Madly Deeply (1990). In 2017 and 2018 Juliet starred in Robert Icke’s adaptation of Mary Stuart (Almeida & Duke of York’s Theatre) where she played either the titular role or the role of Elizabeth I, depending on the result of nightly coin toss between herself and Lia Williams. Most recently she can be seen in the new TV comedy series Out of her Mind with Sara Pascoe for BBC.