Marie Lloyd, music-hall and the making of T. S. Eliot

Dead Poets Live returned to Wilton’s for the first time since the beginning of the pandemic to mark two centenaries: the birth of The Waste Land and the death of Marie Lloyd.

In October 1922 two notable events took place. On the 12th, at Hampstead Cemetery, the funeral of Marie Lloyd, star and emblem of British music hall, was attended by more mourners than any English funeral since the Duke of Wellington’s. ‘Her death […] is a significant moment in English history,’ wrote T. S. Eliot. ‘She was the greatest music-hall artist of her time […] and expressed that part of the the English nation which has perhaps the greatest vitality.’ A little over a week later, Eliot’s The Waste Land was first published in the inaugural issue of The Criterion magazine. One era seems to pass, another seems to be born.

But beyond this coincidence, there is a deep and surprising relationship between Marie Lloyd, T. S. Eliot and Eliot’s poetry. Eliot loved popular song and music-hall in particular – his brand of modernism aspired to the collaborative quality of the music-hall; his poetic imagination and ear were haunted by its rhythms and the slipperiness of its disguised meanings and double entendres. ‘People get clever and say it means all sorts of things,’ Marie Lloyd would say, of her innuendos. ‘I can’t help that, can I?’

Using many of Marie Lloyd’s greatest songs, The Waste Land and other more surprising Eliot poems, Marie, Marie, Hold on Tight! is a sort-of-musical which could really only be staged at Wilton’s. It tells the very funny and moving story of the unlikely relationship between the work of two unhappy people and great artists.

All profits went to the charity Safe Passage. 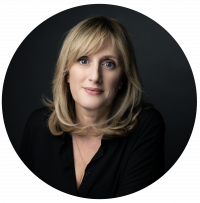 Jenna Russell is an Olivier Award-winning and Tony Award-nominated actress. Her recent theatre credits include Piaf in Piaf at the Nottingham Playhouse and Leeds Playhouse and Celebrating Sondheim at the Chichester Festival Theatre. She is currently playing Carrie in Steve at Seven Dials Playhouse.

Jenna’s other notable theatrical performances include Sarah Brown in Guys and Dolls at the Piccadilly Theatre, Dot in Sunday In The Park With George at Wyndham’s, Mary in Merrily We Roll Along at the Harold Pinter and Helen in Fun Home at the Young Vic.

Television appearances include the BBC’s Born and Bred, Gentleman Jack, Call the Midwife, Ladies Paradise, On The Up, EastEnders, ITV’s Midsomer Murders and Home To Roost. 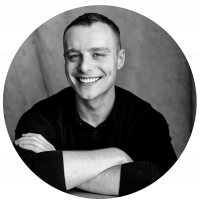 Luke Thallon is one of the most exciting young actors on the London stage. His talent has been singled out by critics at every turn of his career to-date, from Albion (Almeida), which saw him nominated for the Evening Standard‘s Emerging Talent Award, to the standout performance of Patrick Marber’s Pinter at the Pinter triple-bill, in Family Voices (Harold Pinter Theatre), to Tom Stoppard’s Leopoldstadt (West End), a performance for which he received the Clarence Derwent Award, and most recently After Life (National) and Camp Siegfried (Old Vic), opposite Patsy Ferran. 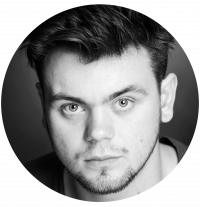